Deniece Cornejo’s lawyer questioned why Vhong Navarro was in the National Bureau of Investigation (NBI) detention facility instead of the police after the arrest warrant was served against the actor in the rape case.

In Saleema Refran’s report on GMA News “24 Oras” this Tuesday, Atty. Ferdinand Topacio, Cornejo’s lawyer, said that Navarro should be detained in the Taguig City jail according to the law.

According to the actor’s camp, they have not yet received the commitment order from the court and the resolution that is the basis of the lawsuit. As a result, they are also preparing to file a bail petition.

Mallonga also said they would respect the decision of where the actor should be detained. However, they are also waiting for Navarro to be indicted.

Netizens also claimed the influential uncle Kat Alano was referring to was Paquito “Jojo” Navarro Ochoa Jr., the former Executive Secretary of the Philippines under the administration of President Benigno Aquino III.

The rape case against Navarro was dismissed, and he is now married to a long-time girlfriend, Tanya Bautista. 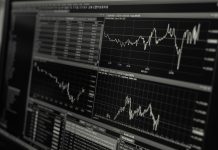