The Commission on Human Rights (CHR) is deeply concerned about the alleged fraternity hazing carried out by the Alpha Kappa Rho Fraternity – Alpha Delta Chapter that left one student dead and another seriously injured in Davao City.

“CHR Region XI has initiated an independent investigation on this latest incident of hazing that tramples on the right to safety and security of students,” said Jacqueline Ann de Guia, executive director of CHR, Wednesday.

“Violent and cruel initiation rites threaten the well-being and future of our young people who are supposed to be in academic institutions to develop their full potential and build their dreams.”

“We note the said university’s prohibition of fraternities and similar groups in line with the Anti-Hazing Law of 2018 and its support in ensuring accountability of perpetrators.”

The Mandug Police Station 13 of the Davao City Police Office holds the eight frat members who are facing complaints of violation of Republic Act 8049.

Apart from them, six more of their members are still being pursued by the police. Apart from Saplot, another student is currently injured due to hazing.

The CHR is also encouraging the authorities to conduct an immediate investigation to give justice to the victims and prevent similar crimes in the future.

“Considering the persistence of this violent practice involving students, we reiterate our call to the government and security sector to strengthen monitoring and collaboration with schools and universities to fully eliminate hazing,” De Guia continued.

“It is also incumbent upon schools and higher education institutions to enact mechanisms and proactive measures that will prevent and aid in discovering all forms of violent and cruel initiation rites of students within campus premises as well as beyond its confines.”

Under RA 11053, all forms of hazing are prohibited: whether physical or psychological. This covers hazing in fraternities, sororities, school organizations and communities, businesses, and uniformed learning institutions. 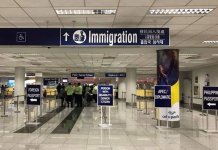