Who would have thought that many Disney characters playing as heroes alongside anime protagonists would gel well together to become one of the greatest games ever created?

Some might think it is such a strange mix of characters, but it makes Kingdom Hearts such a great game. The oddball cast and setting of this game is its main draw. This unlikely crossover would have never crossed anyone’s mind until the first game was announced a few years ago.

Even then, the game was filled with doubts as no one thought this would be the perfect blend of action and adventure. Somehow, the game captivated millions of fans across the world.

What made Kingdom Hearts so successful? How does a cast of oddball characters become the center of the spotlight and the game’s main draw?

Even at its most absurd moments, the Kingdom Hearts game franchise never failed to capture many gamers’ interests.

A Ragtag Group Of Kooky Characters

Kingdom Hearts is fondly known as an action-adventure video game franchise from Square Enix that uses the protagonists from the characters from Disney and Square Enix games.

The game is a crossover of all the characters from both companies and is set within a universe. Kingdom Hearts follows the story of Sora as he journeys through the universe and befriends a different cast of characters from Disney, Pixar, and Square Enix.

Throughout the series, the characters clash with their main antagonist, Xehanort, with Kingdom Hearts III as the finale for the Dark Seeker Saga. However, there are still hints that the franchise would take on another set of adventures in the future.

The franchise has spawned over 13 games on different platforms, but the console games have been the most popular ones. The series has sold more than 32 million copies all over the world. It has also created different lines of merchandise, ranging from card games to novels and books.

Kingdom Hearts is the first entry of the action-adventure franchise and was released for the PlayStation 2 in 2002. The game was the result of a collaboration between The Walt Disney Company and Square Enix.

Kingdom Hearts take most of its inspiration from another viral game from Square Enix – Final Fantasy; however, the addition of Donald and Goofy make up your party of three alongside the main character, Sora.

Other areas in the game feature another character that will replace Donald or Goofy on your team, such as Jack Skellington. The game follows the story of Sora as he acquires the Keyblade, which is a weapon against the Heartless, who are slowly taking over different worlds from the Kingdom Hearts universe.

Sora gets to meet Goofy and Donald and travel across different worlds to help prevent the Heartless from taking over. The first game garnered many positive reviews upon its release citing the visuals, story, and action-adventure theme of the game.

The game sold over 3 million copies worldwide and earned as much as $100 million in the US alone. A direct sequel named Kingdom Hearts: Chain of Memories was soon announced and was available for Game Boy Advance.

The sequel has made great improvements from the first game. Combat is now more fluid with the addition of maps and proper camera angles. Kingdom Hearts II gameplay heavily relies on hack and slash and uses a linear progression system with its storyline.

Speaking of plot, Kingdom Hearts II also expands its universe by bringing in live-action franchises from Disney, including Pirates of the Caribbean. New worlds are introduced while older ones are renewed to make the graphics more pleasing.

Kingdom Hearts II continues the legacy of strong releases from the franchise. The game received numerous awards and enjoyed critical praise from both fans and critics alike. However, it would take many years before a follow-up was made, even with its massive success.

It would take a full decade and a half before Kingdom Hearts III was made to conclude the Dark Seeker Saga of the franchise. In between the second and third games of the franchise, there would be many other games released from the company that tie-in to the series’s main plot.

This time, the story follows Sora and many of his friends as they race to find the seven guardians of light to defeat Xehanort as he plans for a second Keyblade War within the realms. The development of the third game came after the second one was released in 2005.

However, the developers were also busy with other games; hence, the game took a back seat until it was announced that they are officially working on a third title in 2013 for PlayStation 4.

The series also improved many aspects of the gameplay, including increasing the party members from three to five and adding mini-games based on the classic Disney cartoons.

The game took its time in development before it was released in early 2019 to moderate success. The third game provided a lot of answers to dangling questions about the plot from the previous games.

While the three main games of the franchise were the main attraction, there were also other minor yet impactful games released.

Chain of Memories continued the storyline from the first to the second Kingdom Hearts, while Kingdom Hearts Birth by Sleep served as a prequel to the series and was released for PlayStation Portable or PSP.

Kingdom Hearts is a product of the imagination of creative minds who wanted to meld two worlds together. Were they able to merge them well enough to make a good game? The answer is a resounding yes.

Kingdom Hearts feels like a smorgasbord of Disney characters mixed with action-adventure from Square Enix and a dash of classic Disney cartoon humor. Enjoyable, creative, fun, and diverse, some might think that it does not bode well, but it’s that imperfection that makes the game uniquely charming. 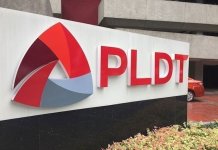 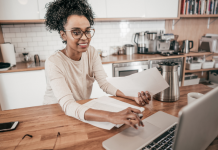 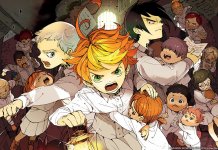 The Promised Neverland – Check Out this Japanese Manga Series