The Northern Police District (NPD) confiscated more than P19 million worth of illegal drugs during a buy-bust operation that resulted in the arrest of eight suspected drug personalities in Caloocan City.

According to Ylagan, the District Drug Enforcement Unit (DDEU) operatives conducted a buy-bust operation against Salguero and his associates in front of his house in Brgy. 168 Deparo makes this drug den at around 7:30 pm.

The police arrested the suspects when Salguero and his companion handed a pack of shabu to a police officer who claimed to be a poseur-buyer in exchange for P50,000 marked money. Authorities caught the other suspects in a pot session inside the house.

The police also recovered about 2.8 kilograms of shabu with a standard drug price worth more than P19 million from the suspects.

The suspects will face charges on sel­ling, possession, conspiracy, and pot session under Article II of R.A. 9165 or Comprehensive Dangerous Drug Act Caloocan City Prosecutor’s Office had filed against them.

Three people, including a bank manager, were arrested by authorities during a buy-bust operation in Quezon City, Wednesday night.

According to Montejo, the suspects were arrested by the staff of the Project Drug Police Enforcement Unit of Project 4 Police Station (PS 8) around 10:30 pm on 18th Ave. near corner P. Tuazon Blvd. Brgy. San Roque, Murphy.

Earlier, police received a tip from a confidential informant regarding the illegal drug sale of suspects.

Police immediately launched an operation that led to their arrest.

The police seized four plastic sachets of shabu worth P24,500, two cellular phones, and buy-bust money from the suspects.

The suspects were detained and charged with violating Republic Act 9165 or The Dangerous Drugs Act of 2002. 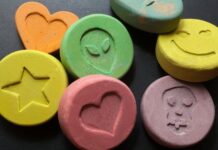 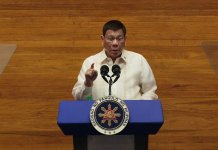 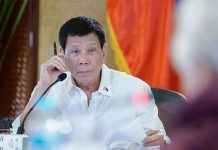 Duterte will continue ‘war on drugs’ even as civilian