Bistek Tagalog: Wherever the Spanish have planted their flag, from Mexico to Manila, they’ve left behind some version of this dish – a marinaded beefsteak cooked with onions and spices.

There’s Bistec de Palomilla, of Cuba, Bistec a Caballo of Colombia, Bistec Ranchero of Mexico and Bistec a Lo Pobre of Peru, to name but a few. All of these variants make use of the area’s produce, and have adapted over the years to suit local tastes.

However, for my money, the very best is the Filipino version, Bistek Tagalog (which, uniquely, uses a ‘k’ rather than a ‘c’ as its final letter). In this case, the local twist on the dish is the soy sauce and kalamansi juice.

In my opinion, this dish is all about the marinading. I’ve suggested a minimum of 30 minutes for this process, but I’d recommend a whole night in the fridge. (If you do this, remove meat an hour before cooking to reach room temperature.)

As to the exact ingredients of the marinade, this is entirely down to preference. I’m sure there are as many versions as there are cooks.

Exact cooking times will depend on the cut of meat chosen. Generally speaking, the cheaper the cut, the longer the cooking time.

It’s also possible to use pork for this recipe, but I would question whether that still qualifies as ‘bistek’.

This dish freezes excellently, so make nice big batch and don’t worry about anything going to waste. 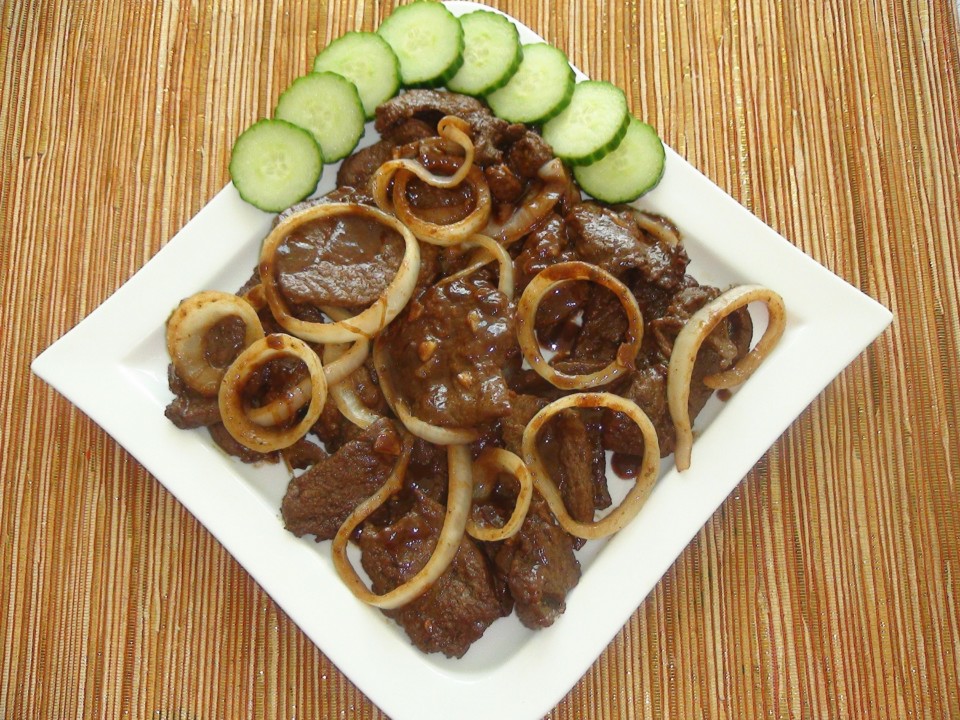 In a non-reactive bowl (not metal), mix kalamansi juice, soy sauce, and garlic. Taste it, if it’s too sour, add more soy sauce; if too salty, add more juice. Balance out the flavours to your preference. (You can also adjust the flavours later).

Cut the beef into thin strips of no more than about 1/4”. You can also pound it with a meat tenderiser, but this isn’t essential.

Season the meat liberally with ground pepper. Add the meat to the liquid mixture and ensure it’s thoroughly covered. Marinade for at least 30 minutes, but ideally overnight.

Heat a skillet (again, non-reactive) and add a good dash of oil. Stir fry the sliced onion until slightly brown on the edges, but still with a bit of a crunch. Remove from skillet and set aside.

In the same pan, heat a fresh dash of oil. Pan-fry the beef in batches, removing after brown on both sides.

When all the beef has been browned, pour the marinade into the skillet and bring to a slow boil. Simmer for a few minutes or until cooked through.

Adjust the sauce to your preference. (If adding extra soy sauce, let it cook a little.)

Slide the beef slices onto a serving plate and pour over the liquid. Arrange the onion rings on top. 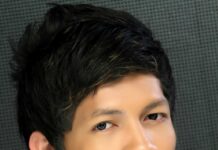