Vince shared on his vlog on May 15 the proposal he made to Toni, whose love life became controversial because of his ex-boyfriend Rob Moya who tried to win her back.

Vince goes through a prank when he asks for Toni’s consent to be his girlfriend. Supposedly Vince had high blood pressure, so he could not have surgery, so Toni had no choice but to return to the operating room.

It can be seen that while Toni was worried about Vince, flowers and other props were inserted into the operating room one by one.

Toni Fowler happily and emotionally accepted the ring Vince offered her. He revealed that he conspired with doctors and nurses to carry out his proposal.

Toni’s daughter Tyronia also gave a message to the two of them.

The reaction and comments of netizens, especially their fans, were good. Toni is more suitable for Vince than Rob.

On May 15, Toni updated her relationship status.

“Need a break… Bakasyon muna tayo… See you, Bicol and Sorsogon!” he said on his latest FB post.

It will be recalled that the video went viral where Toni threw in her face the ring that Rob offered to the ex to reclaim his love.

Toni Fowler is one of the most well-known vloggers in the country.

She and her daughter Tyronia frequently share videos (including dance videos) on social media.

Toni became well-known online because her name was linked to actress and social media star Jelai Andres’ divorce from her husband, Jon Gutierrez. 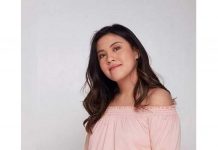 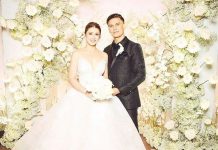 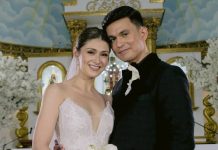