New Zealand police have revealed the crucial role they played in bringing a Filipino couple to justice for abusing their children online for foreign perverts.

As we reported last month, a pregnant woman and her husband were arrested and three children, aged four, five, and seven, were taken into protective custody.

The raid in Iligan City followed the discovery of “disturbing content” on a Kiwi man’s computer in September. After police tipped off the authorities in the Philippines, officers pounced, catching the couple red-handed abusing their children for foreign perverts.

The raid and rescue of the children was thanks to the work of the specialist police team OCEANZ — Online Child Exploitation Across New Zealand.

“We’re really happy,” he said. “This is the best job in police. Our investigators regularly walk home from work knowing that, for the work we have done, children have been rescued. That’s the most satisfying feeling out.”

However, he warned that live-streaming of the sexual abuse of children continued to increase at an alarming rate.

“In some cases the organisers are not related to the children — they are recruited from their families under false promises like domestic work,” he said.

“Or they offer homeless children or street kids a place to stay or food, and then involve them in this criminal activity.

“On the other hand there are parents and caregivers of children that unfortunately see this as legitimate income.”

The Kiwi suspect, who has not been named while investigations continue, was arrested after an original tip-off from the FBI.

“From that, we unravelled further information that led us to suspect three young children in the Philippines were being abused and live streamed,” Detective Michael said.

Iligan is considered a hot-spot for the vile trade in so-called “cyberpornography”.

In June, we reported that four children, one aged only two, had been rescued from a cyberporn den in the city.

Then, in July, we reported on the arrest of a 31-year-old Iligan woman who was exploiting her own daughters, aged 12 and 15.

These earlier raids were also supported by the International Justice Mission, a worldwide group that works to protect women and children living in poverty.

There has been an alarming rise of online sexual abuse of children in the Philippines. According to data gathered by the FBI, there are some 75,000 online predators at any given moment in the world.

A large proportion of their victims, the IJM says, are Filipino children.

From 2011 to 2017, IJM has rescued 201 child victims of sexual exploitation. More than half of them were aged under 12, and over 70 per cent were suffering abuse that involved their own parents, relatives, or close family friends.

The US recently gave $3.5 million to the Philippines to assist the fight against the vile crime. 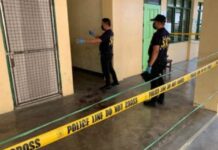 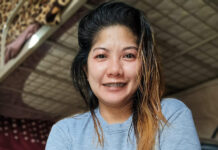