Jollibee Group and McDonald’s Philippines have reported that certain of their stores were experiencing chicken supply issues.

“Due to continued increase in consumer demand and limited chicken supply in the market that meets our high quality standards, a small number of stores of Jollibee and Mang Inasal are unable to serve some chicken orders,” said Jollibee Group on Wednesday.

This was “due to an increase in demand and unavailability of chicken supply that meet our standards and specifications, serving only our best to customers,” Hernandez added.

However, she stated that McDonald’s Philippines continues to provide chicken products in its restaurants.

According to the Jollibee Group, chicken supplies are “already improving.”

“We are continuously working with suppliers to address the immediate demand,” it said. “We are confident that these select branches will be able to fully serve their customers’ chicken orders soon.”

The entire chicken inventory was estimated at 187.66 million as of March 31, up 2.4 percent from 183.27 million birds in the same period last year, according to data from the Philippine Statistics Authority.

On the other hand, the native/improved chicken population decreased by -2.3 percent.

According to PSA data, native/improved chicken accounted for 43 percent of the overall chicken population, followed by broiler chicken (33.7 percent) and layer chicken (23.3 percent).

In May, the Department of Agriculture (DA) confirmed a global shortage of potatoes used for making french fries.

The lack of supply of imported potatoes is why fast-food chains and even some restaurants have limited the production of such food.

Meanwhile, the Samahang Industriya ng Agrikultura (SINAG) announced that some farmers have stopped planting vegetables, which has also led to a decrease in the supply of locally-produced potatoes and an increase in their price.

The price of local potatoes at the Benguet Trading Post is P43/kilo, increasing P11 from the previous P32/kilo.

The DA said its price is higher in Metro Manila, reaching P70/kilo. 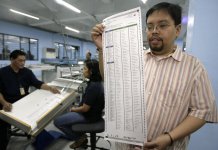 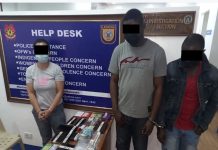