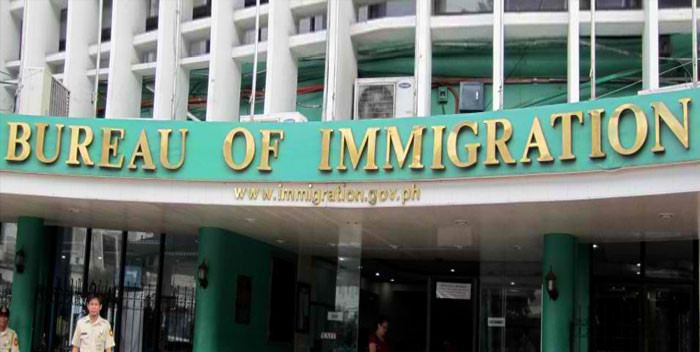 The Bureau of Immigration (BI) arrested 232 foreign criminals wanted for crimes in their homelands last year.

In a statement, BI commissioner Jaime Morente said this figure was a 71 per cent increase on the previous year’s total of 135 foreign criminals.

The arrested fugitives had been hiding in the Philippines to evade prosecution and punishment for various crimes they committed in their homelands.

Chinese people topped the list of the arrested foreigners at 131, followed by 61 Koreans, 36 Taiwanese and 11 Americans.

Of the 232 aliens, 178 were arrested on the strength of mission orders issued by Morente while 41 were subjects of deportation warrants issued by the BI board of commissioners.

“The rest were either turned over, have surrendered or were intercepted at the airports,” Morente said.

The arrests were carried out all over the country by the BI’s fugitive search unit, led by its chief Bobby Raquepo.

Morente said the foreigners were already deported to their home countries, where they are facing trial or serving their prison sentences.

“They were also placed in our blacklist of undesirable aliens to make sure that they do not return to the Philippines and pose a risk to our public safety and security,” he added.

Raquepo explained that some of the arrested fugitives were considered “high value targets” because of the nature and gravity of the crimes they committed.

One of those arrested was Hussein Aldhafiri, a Kuwaiti bomb maker and suspected Islamic State (IS) member who plotted to attack a mosque and a military base in the Philippines.

He was captured in Taguig City in March 2017 with a Syrian woman, Rahaf Zina, who was the alleged widow of the late Abu Jandal, a former IS leader.

Raquepo also cited the arrest of Yoshikoson Umeko Haddon, an American, who was wanted in Virginia for capital murder, killing for hire, and ‘solicitation of adults’.