The Department of Education (DepEd) purchased P2.4-billion worth of laptops for teachers in connection with the 2021 distance learning amid the COVID-19 pandemic, units that are “entry-level,” “outdated,” and “expensive” that have been winterized of teachers.

This is what appears in the 2021 annual audit report of the Commission on Audit (COA) in DepEd. It is said to have been purchased through the Procurement Service of the Department of Budget and Management (DBM-PS), although there are many cheaper and better options on the market.

Due to the higher price of the purchased laptops (P58,300), many teachers did not benefit from it, numbering 28,917, COA said. Intel Celeron is said to be the processor of computers.

“Based on the initial feedbacks we gathered from the auditors in the NCR and Cordillera Administrative Region (CAR), they stated that  the delivered laptop computers by the winning bidder are too slow because the processor is Intel Celeron which is outdated; and the price is too high based on the specifications as attached to the DepEd Memorandum,” COA said.

“Per available documents, the Audit Team could not ascertain the DBM-PS’ basis for adopting the unit price of P58,300. Apparently, the supposed number of laptops to be procured of 68,500 units was significantly reduced to 39,583 units which was mainly due to the huge increase of estimated cost P35,046 to P58,300 anchored on the DBM-PS’ recommendation, which was duly accepted by the DepEd.”

“The price per unit is pricey for an entry-level type of laptop which resulted in significant decrease in the number of units provided to intended users.”

It appears that it is not advantageous for DepEd that this is the cost of the laptop purchased, especially since the DBM-PS is said to have conducted a bidding for a mid-range type laptop in May 2021.

It was found out here that there are many cheaper options available such as P45,431 per unit. It is also said to be faster compared to laptops taken during the same period in 2020.

The contract for the purchase of laptops for P58,000 per unit was also awarded to the second lowest calculated bidder.

The COA is now asking DepEd to explain why it agreed to the P58,300 laptop price when the estimated price was based on the initial approved amount of the department, which was only P35,046.5. 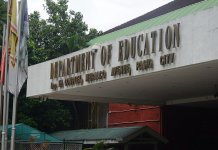 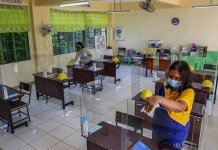 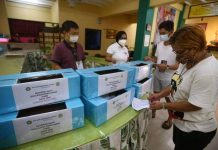 Opening of classes to push through amid monkeypox threat in PH