The Committee Report on the 2023 national budget has been sponsored in the Senate plenary this Tuesday.

“Una, ay population. As it grows, so must the budget. Pangalawa, ay presyo. Inflation spikes operating expenses by the government, a bulkbuyer of goods and services. The budget must also help people cope with rising prices,” said Angara.

“Pangatlo, ay projects. We have an infrastructure deficit in the trillions of pesos. On top of this is the pressure to conduct asset preservation on our aging public works. For us to grow—crumbling infrastructure cannot compete for investments—it is imperative that we hike capital outlays spending yearly. Pang-apat ay payroll. O ang sinasabi nilang PS, na kasama ang pension ng mga retiradong uniformed personnel, at ang sarisaring premium contributions ng pamahalaan bilang employer,” he added.

Angara is looking at three Ps that can change the course of the economy next year – Pandemic, Putin and Paeng.

“Our economy remains debilitated by the effects of long COVID. Although we have installed springboards for recovery amidst the rubble, the takeoff is not yet in the desired velocity that will propel us past the damages it has caused,” said Angara.

“Then there is the war in Ukraine, which is seven time zones away from us, but did not spare us from the fallout of fuel, food, and fertilizer crises it has unleashed. At dahil tayo ay nasa expressway ng bagyo, on top of the ring of fire, and geographically unlucky that natural basins marinate towns during the monsoon months, nilalamon ng mga kalamidad ang pondo na sa simula pa lang ay ‘di na sapat. Halimbawa na lang itong si Paeng na sumalanta ng 7.5 bilyong pisong halaga ng ari-arian,” he added.

In Angara’s bill for the 2023 national budget that will reach P5.268 trillion, the country will spend P14.4 billion per day, of which P10 billion will be recovered through government revenue while P4.4 billion is debt.

Of the P5.268 trillion 2023 national budget, P1.5979 trillion of it is automatic appropriations. P588 billion is unprogrammed, meaning there is no definite source of funds yet.

The agriculture sector’s budget will reach P179.762 billion, an increase of 39.5 percent compared to the 2022 budget. 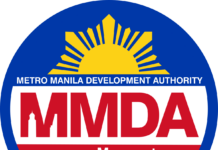