Eighteen Bureau of Immigration officials and staff will be fired due to their involvement in the “pastillas scheme,” which allowed Chinese citizens to enter the Philippines illegally.

The DOJ found the BI officials administratively accountable for Grave Misconduct, Gross Neglect of Duty, and Conduct Prejudicial to the Best Interests of the Service concerning the plan, according to Justice Assistant Secretary Neal Bainto.

“The 18 respondents have been meted the penalty of Dismissal from the Service, with the imposition of the proper accessory penalties,” Bainto said in a message to reporters.

He stated that the punishment of dismissal includes the penalty of lifelong disqualification from holding public office.

Chinese nationals were allowed to enter the Philippines without going through the proper immigration requirements if they paid P10,000.

The bribe money was presented in paper rolls that resembled the Philippine delicacy, hence the moniker “pastillas.”

In 2020, Former justice secretary Vitaliano Aguirre II dared media man Ramon Tulfo to file a case against him to prove his alleged involvement in the “pastillas” scheme.

“Mr. Tulfo, because I know that you have nothing against me, handa kitang samahan kahit kaninong pulis tayo pumunta para mag-file ka ng case against me. I’m challenging you to do this, sasamahan pa kita,” Aguirre said.

Ramon Tulfor previously accused Aguirre of protecting the pastillas syndicate within the Bureau of Immigration. He said the former justice secretary intentionally assigned the father and son tandem of Maynardo and Red Mariñas to oversee the visa upon arrival system.

The Office of the Ombudsman filed graft accusations against 42 BI employees who were allegedly participating in the plan on Tuesday.

The Ombudsman said in a 17-page report that then-Deputy Commissioner Marc Marias of the Port Operations Division conspired with other immigration personnel and Liya Wu of Empire International Travel and Tours to “willfully, unlawfully, and give unwarranted benefits, preference, or advantage to foreign passengers, particularly Chinese nationals.” 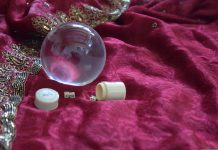 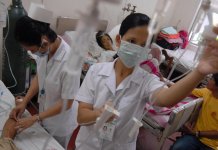