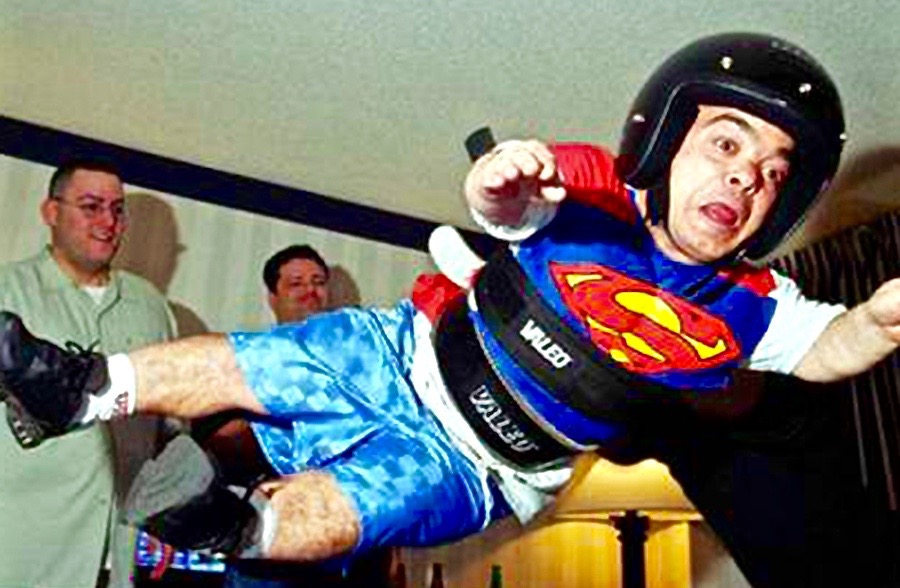 What happens on a stag tour should always stay on tour, and such is the motto of party organisers GNTours. However, the events that recently unfolded in Manila just had to be shared (real names omitted of course). GNT guide Ben Johnson looks back at what has easily been one of the wildest stag parties he’s ever organised:

The tour started off fairly normally, meet and greet the guys with some welcome beers and so on. However, it was about to go from zero to over the top in a matter of seconds.

The guys didn’t really know what to expect on our Manila stag package, as only one of them had been in contact with us after setting a budget from the rest of the group.

We continued to drink and get to know each other, then “knock-knock”, we had visitors.

The groom, Alex (not his real name) was sent to answer the door — and there stood two beautiful ladies and a midget, that’s right a midget.

With a big grin on his face the midget Jimmy (his real name), slammed the guy in his twig and berries and walked through to get himself a drink.

Now Filipinas can be timid, but as many may know they also harbour a fierce side just under the skin. They both did a shot, opened a bag and instructed all the guys to get ready. Now, I know what you’re thinking, and no it wasn’t filled with whips or leather straps (although that can be arranged). Instead, the bag was filled with onesies, that everyone was to wear one during the night’s festivities.

Alex sat down in a chair in the centre of the room in his tiger onesie, Jimmy began to get to know the guys while plotting his next move and the girls, well it was time for them to give Alex a true stag introduction.

Working their magic, they gave him the lap dance of a lifetime, with the other lads looking on jealously. After 30 minutes of Alex blushing in his stupid looking tiger costume, Jimmy was on the move.

Sneaking up behind, he got the go ahead from the girls and they held him down while Jimmy came up and gave him another surprise. This wouldn’t be the last time either.

With introductions over, everyone a little boozy, costumes on and our girls and Jimmy in hand, we set off on our bar crawl on P. Burgos street. Six bars with a beer and a shot in each, this was set up to be one messy night.

With pedestrians looking on in amusement and sometimes horror they made their way down the street getting progressively boozy as the night went on. With some more friends picked up along the way, we headed to our after-party in one of our themed locations.

The night’s theme was oval office. This is by far my favourite of the themed rooms we use as the desk has a panic button under the table which activates a strobe light. Glorious. So now we are in the office of Mr Trump himself, with a bunch of people in animal onesies, some beautiful ladies and a drunk midget. It is moments like this when I do have to ask myself “what am I doing with my life”, but hey, someone’s got to do it.

The party faded into the night and the animals all fell out/passed out/married the toilet bowl for the rest of the evening. At about 11am we met up again, hangovers clearly visible and smiles all round, this was day two.

We headed to the harbour where we would be cruising on our own private yacht, complete with more surprises.

As the lads, the bachelor and myself climbed on board we were greeted by some more ladies who would be serving us cold drinks and hanging out with us on the water. Alex was not aware, but he wasn’t to be served by these ladies, oh no, we had something way better.

Alex made his way to the front of the boat, and from behind appeared a beautiful smiley beauty, complete with Adam’s apple and an attitude. This is Cynthia, one of our favourite lady boys who loves to party and mess with stags on their bachelor party.

As they shook hands she rustled in her bag, pulled out a pair of handcuffs and attached them. She looked him dead in the eye and said “you mine”. With the boys again roaring with laughter, the skipper in utter shock and Alex speechless, we headed out of port. We sailed around enjoying a barbecue lunch and many, many drinks. Alex was continuing to be molested, the girls were having a blast and I got to sit back and watch the chaos.

The boys were allowed to have a nap once they returned, after all it was a two-day bachelor party so the last night was definitely going to be the biggest. Once well rested and this time dressed to be a little fancy, we headed out for a steak dinner and of course, more drinks.

We were then picked up by our own limo, and not just any limo. A hummer limo. This thing is huge and is also perfect when dealing with Manila traffic, because frankly, no one cares if there’s a traffic jam when you’re inside your own moving champagne karaoke palace with some beautiful Filipina ladies.

We arrived at Valkyrie, cutting past the line and straight into our own VIP booth with bottle service. This is where the night continued into the early hours of the morning. When the club closed we meandered around the streets and wound up at our friendly neighbourhood 7-11 for a nightcap.

Alex had eyes looking in two different directions and was slurring his speech as he was telling everyone “how awesome they were”. They then all began chanting, Red Horse beer in hand (why do brits always sing when drunk?).

The sun was now rising and they were about as messed up as you can legally be in this post-Duterte world. A job very well done.

If this sounds like the kind of thing you and your mates would enjoy then check out the packages available in GNT’s Manila stag as well as their other locations like Cambodia. Contact GNTours for more details. 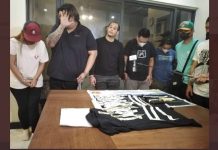