To give them their full name, The New People’s Army are an outlawed Maoist revolutionary army that has been waging war against the Philippine state since it was founded in March 1969 by Jose Maria Sison, Bernabe Buscayno and Lucio Manlapaz.

The NPA engages its guerrilla struggle under the Maoist theory of Protracted People’s War. This involves winning over the countryside, and the peasants, before moving on to take over the cities.

The NPA works as the armed wing of the outlawed — and therefore non-election participating — Communist Party of the Philippines, which is allegedly led by Benito Tianzon.

The formation of the New People’s Army was very much a product of its time, with the Sino-Soviet split resulting in competing socialist ideologies in the Philippines, with the Maoist side, backed by China at the time favouring armed insurrection.

During the Marcos dictatorship they enjoyed their most popular period, with many, particularly poorer peasants, seeing the prospect of socialism as a great alternative to the poverty of the time.

Of course things changed through the 80s and 90s with the end of the Marcos regime and return to democracy. Add to this the fall of the Soviet Union, and many believe the insurgency should have died a natural death.

However, the CPP and NPA instead doubled down with their “Second Great Rectification Movement” in 1992 in which they admitted their mistakes of the past and — much like the FARC in Colombia — vowed to push on.

Over the past 30 years things have largely carried on like that.

The NPA, unlike the FARC, doesn’t control large swaths of the country, but are active in most provinces, where they collect “taxes” from the local businesses and individuals and are involved in firefights with government forces at least once a month.

In 2016 there was a ceasefire and peace talks between the government of President Duterte — who was taught by NPA founder Sison at university — and the NPA. These ended in 2017 with the president labelling the NPA and CPP as terrorist organisations, and telling police to should shoot female militants in the vagina.

So, for now the war rumbles on, low key, much as it has done for the last 50 years, just don’t expect to hear much about it, nor expect to see a Democratic Peoples Republic of the Philippines any time soon. 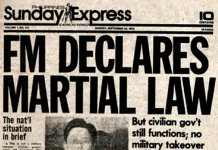 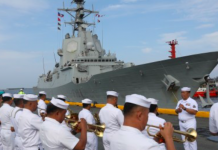