It is suspected that the relationship between McCoy de Leon and Elisse Joson is separated because they are not posting together on their social media accounts.

Their respective cryptic posts also added to the suspicion of netizens that the two might actually be separated. That’s why many fans were saddened and regretted if what they thought was true.

The last photo of their complete family with their daughter Felize was on Halloween.

Elisse Joson posted a quote from British writer CS Lewis on New Year,“Imagine yourself as a living house. God comes in to rebuild that house. At first, perhaps, you can understand what He is doing. He is getting the drains right and stopping the leaks in the roof and so on; you knew that those jobs needed doing and so you are not surprised. But presently He starts knocking the house about in a way that hurts abominably and does not seem to make any sense. What on earth is He up to? The explanation is that He is building quite a different house from the one you thought of – throwing out a new wing here, putting on an extra floor there, running up towers, making courtyards. You thought you were being made into a decent little cottage: but He is building a palace. He intends to come and live in it Himself.”

It garnered different reactions from fans. Someone said one of them might just have an endorsement or a project.

This is not the first time the two have posted cryptic posts. In March last year, the two also had cryptic posts that made fans think they were going through something, but they only had diaper endorsements. That’s why others can’t help but think that maybe it’s just like that again.

McCoy De Leon is currently seen in the top Metro Manila Film Festival entry Deleter starring Nadine Luster. Many people are hoping that they will make up if it is true that they have a problem because their photos together on their social media accounts have not been deleted yet. 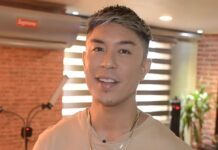 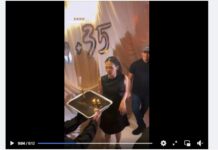 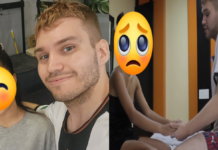