Despite strong economic growth, corruption and political horseplay, the Philippines is holding itself back from achieving a peaceful process for its country. A 2014 Global Peace Index study initiated by the Institute of Economics and Peace have found the process most likely will never actually happen.

“While in many ways exhibiting strong democratic credentials, the Philippines ranks just 134th out of 162 countries in the GPI,” the study said.

The Philippines rank dropped five places since the 2013 GPI. 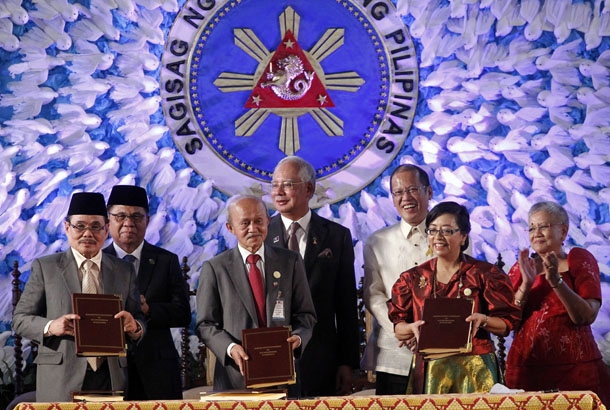 “Corruption, poverty and the patron-client nature of relations in the Philippines means that problems exist across all levels of society—not just in areas under conflict—with high levels of violent crime and kidnapping,” the study said.

The IEP defines “peace” as “the absence of violence and fear of violence” and measures 162 countries in the study.

“The GPI is a composite index that measures peace based on 22 qualitative and quantitative indicators, ranging from a nation’s level of military expenditure to its relations with neighboring countries and the percentage of prison population,” IEP said in its website describing the methodology of the study.

Among the 10 member nations of the Association of Southeast Asian Nations, Philippines is the second lowest in the GPI ranking just above Myanmar which is rank at 136th. Thailand ranks at a dismal 126th, Cambodia ranks 106th, Indonesia falls in place at 54th, Vietnam at 45th, Laos at 38th, Malaysia at 33rd, and Singapore at a surprising 25th place.

The IEP, an international non-profit think tank with headquarters in Australia, cited corruption and patronage politics as the root cause of the decades-long conflict and violence in Mindanao.

“Corruption in the Philippines is widespread—the country scores 36 out of 100 on Transparency International’s 2013 Corruption Perceptions Index—and there is a widely held belief that graft among the elite is the reason why poverty rates and income inequality have remained very high by regional standards, despite strong economic performance in the past decade,” the study said.

“The patron-client nature of underlying relations also plays a role. These relationships can distort the allocation of resources away from the areas where they are most needed, or could be used most effectively,” it said. 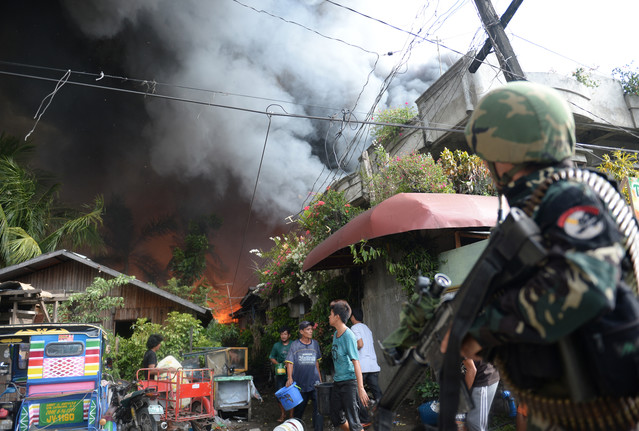 Wealthy political families fight over each other in their desire to retain power and influence that they get through patronage politics. IEP cited the case of the 2009 Maguindanao massacre which was the result of the rivalry between the Ampatuan and Mangudadatu clans.
“This is also reflected in the Democracy Index, where the Philippines only scores 3.13 out of 10 for political culture” the study said.
Corruption has led to the ineffective functioning of the Autonomous Region of Muslim Mindanao (ARMM) and kept the region from progress despite substantial allocations to lose money.

The controversial Priority Development Assistance Fund, also known as Pork Barrel, was among the “barriers to peace” cited by the study calling it an important but insufficient step forward. Today that scandal has left the Philippines at the forefront of political news in all of Southeast Asia.

“The abolition in 2013 of the so-called pork-barrel system was an important, albeit insufficient, step towards ensuring that the allocation of public funds is rationalized and politics becomes less personalized,” the study said. “However, the strengthening of political parties and local governments’ capacity to deliver basic services will be crucial going forward,” it said.

“The Philippines’ relations with China have deteriorated in the past few years, as the Chinese government has become more assertive in its claims over various parts of the South China Sea, areas of which are also claimed by the Philippines,” it said.

“The move, which China said ‘seriously damaged bilateral relations’, was a risky one and could result in a long-term estrangement between the two sides. As a consequence, the Philippines score for relations with neighboring countries deteriorated this year,” the study said.
China continues to refuse to participate in the proceedings and insists on bilateral negotiations.